In accordance with the State Bank of Pakistan (SBP) laws, all Pak Rupee Accounts of Non-Resident Pakistanis (NRPs) are categorized in Repatriable (NRAR) or Non-Repatriable Accounts (NRAN). For our customer’s convenience and informed decision making, we have simplified the product features in the table below: 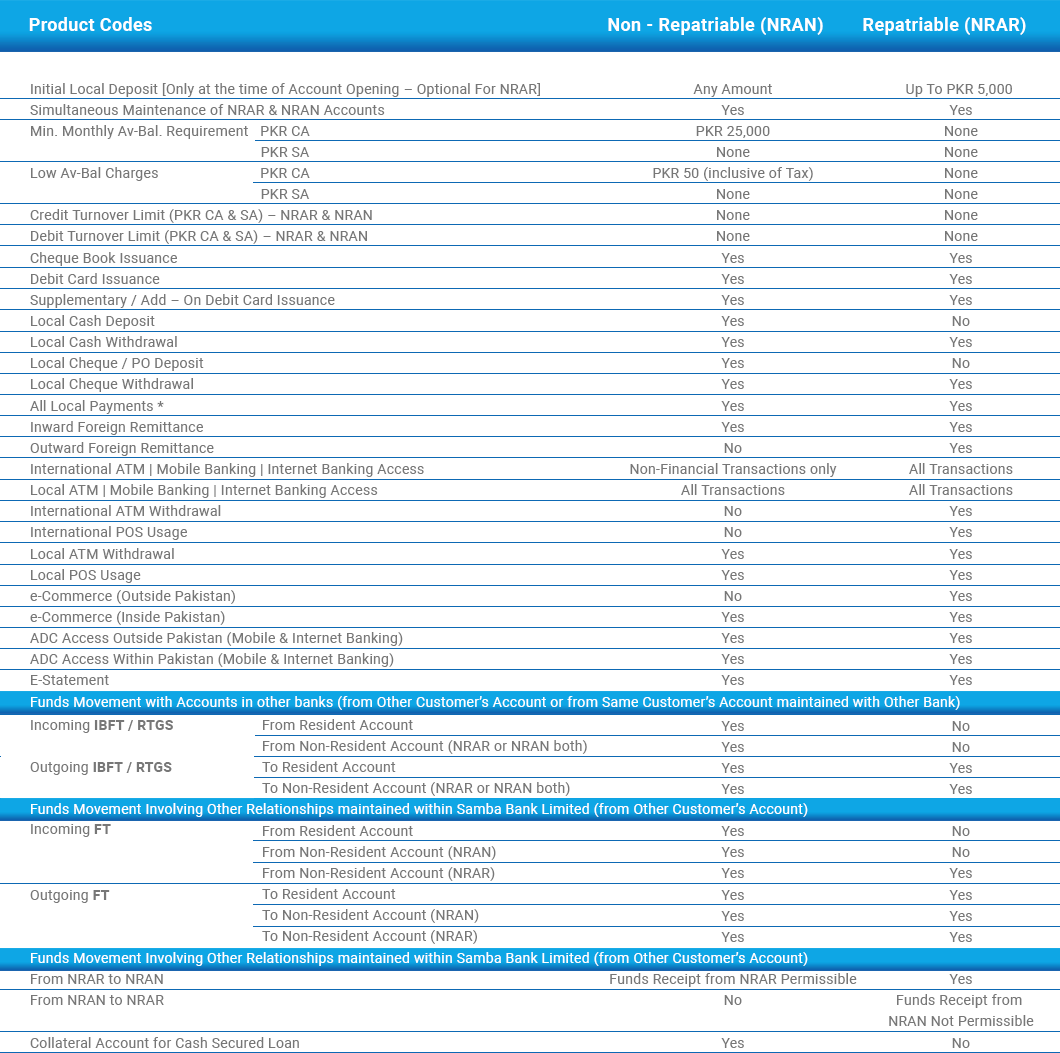 
Transfer of funds from other non-resident rupee account-repatriable with the same Authorized Dealer in Pakistan.

Settlement of import bills by non-resident importers against goods/services exported from Pakistan.

Transfer of funds to other residents, non-resident rupee accounts-non-repatriable with any Authorized Dealer in Pakistan.

Transfer of funds to other non-resident rupee accounts- repatriable with the same Authorized Dealer in Pakistan.

Remittances and payments outside Pakistan to the extent of balances available in the account.