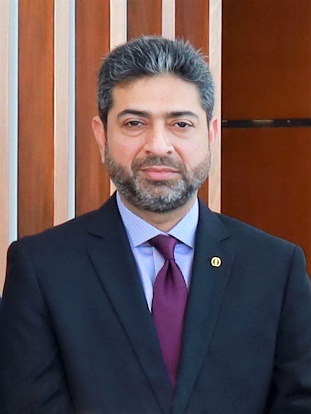 Mr. Azam holds a Master’s degree in Public Administration (MPA) from the University of Punjab, Lahore, and a Bachelor’s degree from the University of Punjab, Lahore He is also an alumnus of Cadet College Hassan Abdal & Government College, Lahore. In the course of his career he has attended many work-shops, conferences and seminars, and represented Samba at national and regional forums. 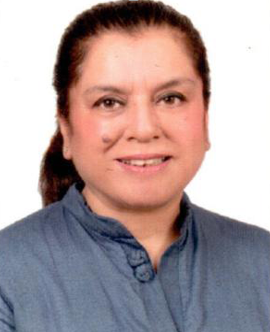 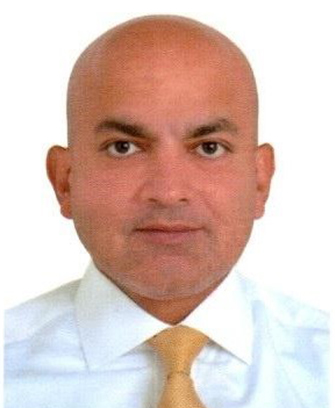 Mr. Timour Pasha is a Senior Corporate Banking Professional with over 29 years of banking experience. Over 12 years with Samba Financial Group (which recently merged with National Commercial Bank and renamed Saudi National Bank). Prior to this he spent 17 years with Citigroup. Mr. Pasha is currently holding the position in Saudi National Bank as Head of Risk (under the Wholesale bank Risk architecture) for International, Financial Institutions and Treasury.

Mr. Pasha started his career in 1992 with Citi group in their Corporate Banking Group and worked up to Country Corporate Banking Group head in 2004 for UAE. In 2006 moved with Citi group as Regional Head of Risk, Central & West Africa and Algeria where he was responsible for the portfolio of the Corporate & Commercial and Investment bank for six (6) countries including Algeria, Senegal, Cote D’Ivoire, Cameroon, Gabon and DRC Congo, where he worked on this position till 2008. In 2009, he joined Samba Financial Group (SFG) – Corporate & Investment Banking.

He holds a Master's degree in Business Administration (Finance Major) from Lahore University of Management Sciences and also a degree in Bachelor of Commerce from Karachi University, Pakistan.

In the recent years the key areas of his focus are the high-end policies formulation and implementation, strategic directions, oversight of regulations and business operations, governance initiatives and organizational reforms and business decisions making, etc. at some of the most important corporate sector entities of the country. Yousaf has a unique and versatile exposure of having served Pakistan’s top regulators including State Bank of Pakistan (Central Bank of the country) and Securities and Exchange Commission of Pakistan (SECP) as a board member and chairman of audit and oversight committees respectively besides being President of the Institute of Chartered Accountants of Pakistan (ICAP)

Mr. Yousaf has the honor of serving the council of ICAP for eight years (2009-17) in various leadership positions including being its President for 2015-16 term and represented Pakistan on various prestigious international forums including International Federation of Accountants (IFAC), International Accounting Standard Board (IASB), Asian Oceana Standards Setters Group (AOSSG), CA Worldwide (CAW) and South Asian Federation of Accountants for many years on different meetings and conferences.

Currently he is serving as a Board Member of some leading corporate entities of the country including SAMBA Bank Limited, Kot Addu Power Company Limited, Pakistan Security Printing Corporation and Security Papers Limited where he is also the Chairman of various important committees of the respective boards.

In recognition of his credentials, Yousaf is appointed by the Accounting and Auditing Organization for Islamic Financial Institutions (AAOIFI), as a member of its very prestigious forum Public Interest Monitoring Consultative Committee (PIMCC) to represent Pakistan. The seven-member PIMCC shall have an oversight on the functioning of the AAOIFI Accounting Board (AAB) and AAOIFI Governance and Ethics Board (AGEB) to ensure public interest is duly served. 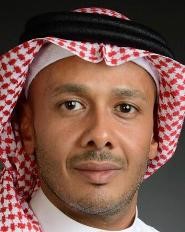 Mr. Hussein Eid possesses professional career of more than 16 years including 13 years in banking industry. Currently, he is holding the position of Deputy Group Chief Financial Officer (“CFO”) and CFO for Wholesale Bank at the Saudi National Bank (“SNB”), KSA. He joined National Commercial Bank (“NCB”), KSA in May 2008 and worked in majority of the functions within Finance Group including Financial Control and analytics for Corporate, Treasury & Retail, External and Internal Financial & Management/Performance Reporting and analytics, Regulatory Reporting, Accounting Policies, ECL & IFRS 9, Technical Accounting & Financial Systems, Accounting & Finance Operations including Tax/Zakat/VAT, payments and GL, Performance, Forecasting, Planning and Budgeting. Before joining NCB, Mr. Hussein was associated with Saudi Economic & Development Company (SEDCO HOLING), Jeddah KSA, for a period of about 3 years and worked as in the Finance Division. He started his career with Unilever Arabia in June 2004 in Finance Division.